So Distortion Becomes the Truth

Posted by Kiran in General

A friend posted the article below in a Facebook group. I find it fascinating for a couple of reasons, the main one being that it is a brilliant example of how distortion gets set in motion. Truly a first class example.

This article talks about some master teachers, and although it is purely the writer’s perspective, it is written as though he is sharing some insider information because he knew one of the “giants” personally. The article doesn’t explicitly say that this is all his personal opinion. Instead, it implies that it’s a deep “truth” about body and consciousness.

The article is not a direct statement from the masters. Yet, it feels like it is…

Nisargadatta said his last attachment, his last identification to his body, ended the moment he heard that he had cancer. Bernadette Roberts said that the spiritual process she went through after full experience of unitary Christ Consciousness, was a gradual loss of everything, a gradual hollowing out of her identity as naturally happens with aging.

The telltale sign here is how inaccurate the description of non-attachment is. Firsthand experience of non-attachment will show you that it does not make one uninterested, empty, bored and just done-with-it. Non-attachment actually creates a very amplified appreciation and sense of awe.

Granted, it is a stupid word: non-attached?! (Sidenote: I find so many traditional terms to be really inaccurate language. I mean, “mindfulness”?!? As in, more “mind” is going to make you present? Terrible language!)

Regardless, to know what non-attachment is, for real, is to discover a profound love that attachment masks. But in the article I’m quoting, we are not hearing directly from Nisargadatta. It’s just the writer’s reference of experiences. And this is exactly how it creates a whole lotta distortion.

The writer is not saying, “I project these masters seemed to be done with life and the world. It seemed to me they were kind of bored and done with it all.” But that is what is really happening.

When I knew Robert, he was already done with life. He had no interest in the world, and just lived from day to day doing almost nothing. He said if it were not for his wife and daughters, he’d be living alone somewhere doing nothing. He said his dog Dimitri was his only attachment.

For all three of these teachers, Consciousness itself had lost its allure.

And so this is how it goes, how these distortions eventually become spiritual “truths”. It’s how I’ll hear my students in private sessions say, “but aren’t we supposed to go beyond the body?” I ask them if they know what that means, and they give me a whole bunch of crap that is really about escapism and pain-body. It’s a story about not wanting to be here for real, looking for some paradise other than this life and this body, because their body holds all sorts of trauma and painful history. I hear a story that is just indulging habitual avoidance masked as an actual spiritual truth.

And I will wonder how in the hell things got so totally, utterly distorted? How did this escapism become a teaching?! But right here, this is how it always happens: opinions, interpretations costumed as truth. Fascinating!

The second reason this article is fascinating to me is this. These days, Awakening and conversations about it are as common as coffee shops. Some of it is real; most of it is trendy “social media inspiration,” which is to say, very incomplete conversions with a lot of under-educated opinions. Apparently, all you have to do is say the word Awakened three times and your awakened! Especially if you follow up with a blog and a course, that makes it totally legit!

So how can you discern what is real, and what is hot air?  I would suggest that at least 95% of what is out there is hot air—meaning it’s a lot of low-level understanding mixed in with generous amounts of delusion and what like to call “lalalala” thinking: thinking that is super-inspirational but disconnected from reality, that is full of ideas that don’t match actions or results.

And in this atmosphere, this contemporary environment of “trend spirituality,” discernment becomes a real challenge. So, the only real option I can see is to be extremely honest with yourself. Some teachings will be based in delusion and this slightly disconnected, overly inspirational feeling, and they will inspire an indulgence of delusion and disconnection in you. They will encourage your habitual patterns of avoidance, aversion, and escapism. You won’t see a lot of real results in your life, as in real change. It will take a good amount of honesty and self-awareness on your part to notice if your life is radically changing or if you are just deluding yourself.

And who knows, maybe this is big distortion on my part, eh? How would you know? Where are you going to find out what resonates as TRUE for you?

I find it all very fascinating! 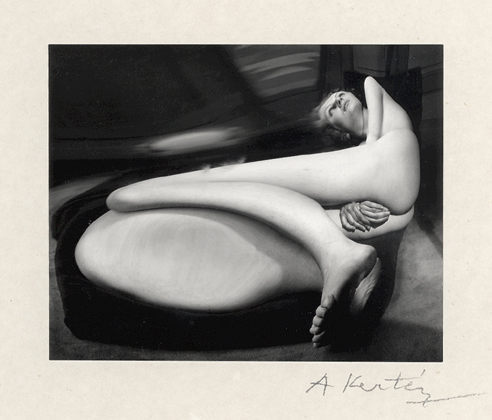 Excerpt from the article:

Nisargadatta said his last attachment, his last identification to his body, ended the moment he heard that he had cancer. Bernadette Roberts said that the spiritual process she went through after full experience of unitary Christ Consciousness, was a gradual loss of everything, a gradual hollowing out of her identity as naturally happens with aging.
Robert Adams had his awakening experience to Christ Consciousness at age 14, but 34 years later he was still wandering India visiting teachers, including spending six months with Nisargadatta Maharaj in the late 1970s. He still had an interest in spiritual knowledge.

When I knew Robert, he was already done with life. He had no interest in the world, and just lived from day to day doing almost nothing. He said if it were not for his wife and daughters, he’d be living alone somewhere doing nothing. He said his dog Dimitri was his only attachment.

For all three of these teachers, Consciousness itself had lost its allure.

All three were done with life, with their bodies, with consciousness. The excitement was gone. The bliss of the flame of consciousness was gone.

However, old habits die hard, and Maharaj visited prostitutes after his wife died, and Robert became a notorious womanizer, both, I think, trying to overcome periods of emptiness or boredom.

YES. If you want to live in the light and grace, then its all about Yes.  But saying yes to the internal movements of you! …

This is a rebroadcast of a video from a couple years back, where Kiran talks about the “Law of Attraction” from a non-duality standpoint…

How to Overcome the 4 Obstacles Preventing You to Live the Life You Were Meant to Live At some point in our lives, we all…